Across the Glulam beams 3″ x 6″ Double Tongue and Groove Planks were used. Weakest part of roof is 200 PSF across the longest beam. Otherwise the roof is 400 to 600 PSF. 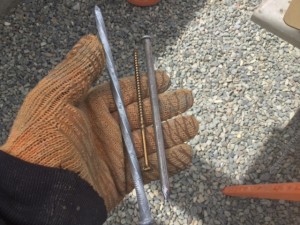 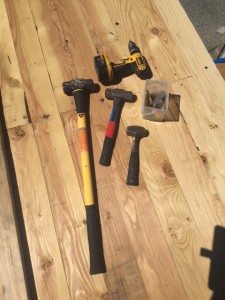 10,000 more swings of that sledge hammer await for me. Tools I used to pound nails. Pre-drilled all holes. 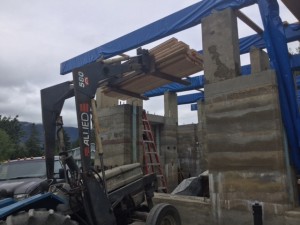 What would I do without you? 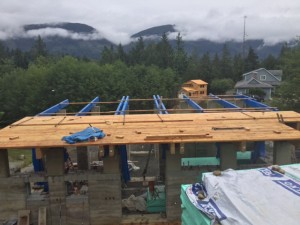 My neighbor across the street started much later than I and was finished 3 months after I took this photo. I wonder for a bit why I hadn’t I built a stick-frame home and then went back to pounding 8 inch spikes in a meditative stupor. 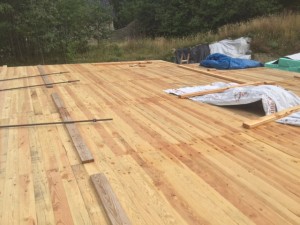 I had my tricks to align the planks and keep them aligned while I nailed them in. 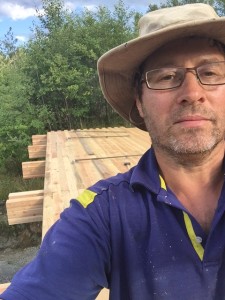 That same hat and shirt. Nearing the roof’s end. 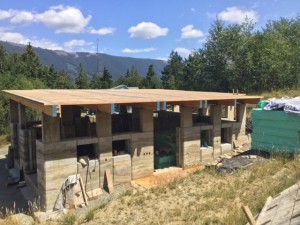 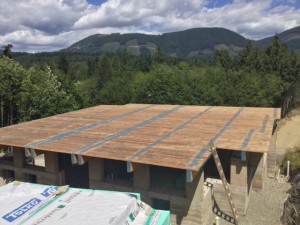 Waterproofed the nail ends. Not really necessary, but I did it anyway. 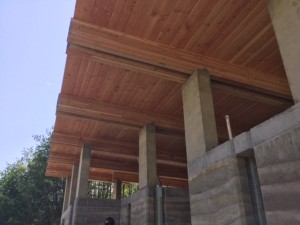 Planks look good from underneath.